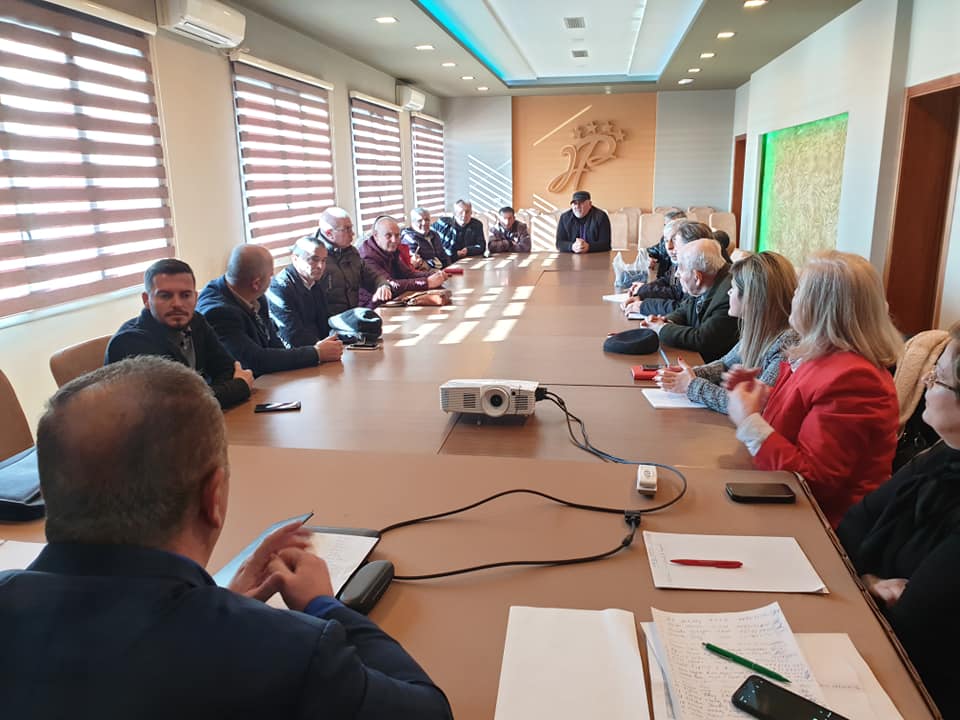 On January 23, 2020, at the premises of Hotel “Pavarësia” Vlora has been convened the Regional Assembly of the Confederation of Trade Unions of Albania (KSSH) for the District of Vlora.

The meeting was attended by representatives of trade union councils of major enterprises and institutions in Vlora. The meeting has been attended the KSSH steering structures as: Mr. Kol Nikollaj, President of KSSH and Mr. Hajdar Kanani, Organizational Secretary of KSSH.

Kujtim Myrtaj, KSSH Coordinator for Vlora Region presented the current socio-economic situation for Vlora District, and analyzed the work and tasks that arise for the KSSH structures for 2020.

The meeting analyzed the current social and economic situation in Vlora region, the challenges of the KSSH for 2020.

Increasing the minimum wage and salaries as a whole, as well as establishing, recognizing and promulgating the official vital minimum.

Recognition and approval by the Parliament of the Status of the Third Age (Pensioner Status).

Approval by the Albanian State of the Convention Nr. 190 of the ILO, together with Recommendation no. 206: “On Workplace Harassment”

Approving the Status of Teacher, or Teacher Professional Order, as a profession regulated by law.

Extension of trade union membership in the private sector, as well as radical improvement of collective bargaining.

These are some of the challenges of the KSSH during 2020, which were articulated and approved by the Vlora Region Assembly. These problems will be recommended to the General Assembly of the KSSH for adoption as decisions.