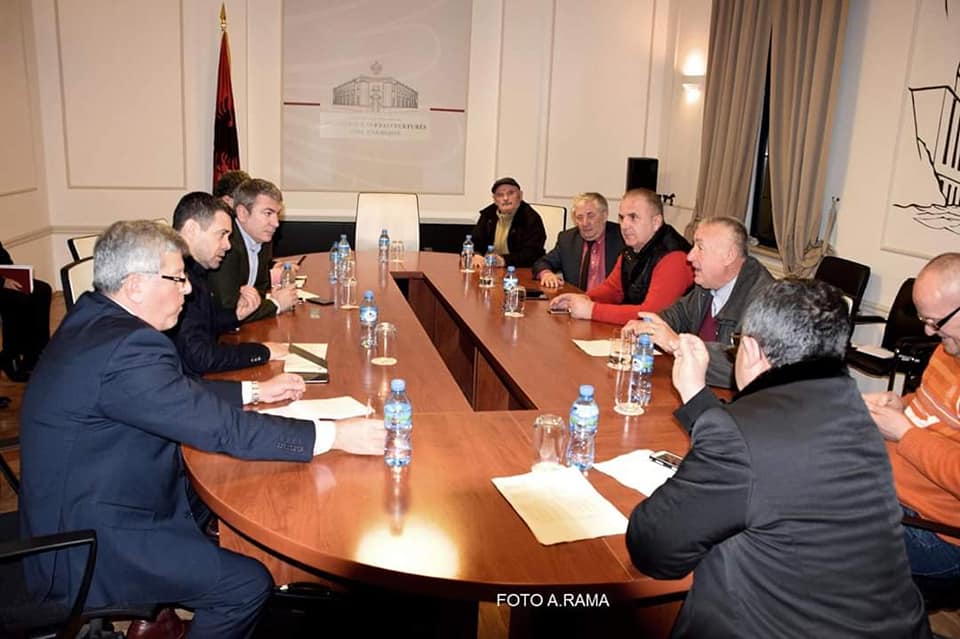 KSSH shows solidarity and supports the Ballsh Oilmen in their fundamental, legitimate and fair demands!!!

KSSH urges oil workers not to retreat, but to clarify, articulate and maintain independence in defending their just cause. Regardless of the diversity of their opinion, attitude or union membership, KSSH expresses once again its readiness to approach not only solidarity, but also support with actions, organizations or professional expertise in negotiating and managing this chaotic situation and say outside control.

KSSH as a confederate umbrella of 10 Professional Trade Union Federations, with membership in all professions in all public and private economic sectors, with extension and activity throughout the territory of our country, as a member of ITUC (International Trade Unions Confederation), as a social partner of the Albanian Government in the NPC (National Labor Council) and part of the annual delegation of the Albanian state in the ILO (World Labor Organization) starting from 01.10. 2020 will undertake a national and international information and awareness campaign and will assist and support each individual, group of workers or the relevant union if required, with all the necessary legal and infrastructural assistance in their confrontation with the Government. Employers or third institutions directly or indirectly involved in this corrupt mega-religion by violating the sweat, blood and dignity of oil workers and Ballsh Oilmen and all Albanians.

Below you have the statement translated into Albanian of the two industry unions for the strike of the Albanian oil workers.

We are writing this letter on behalf of the IndustriAll Global Trade Union and IndustriAll Europe Trade Union, both representing millions of workers in the Mining, Energy and Manufacturing industries in Europe and around the world, including Oil and Gas workers, we call on the Government Albanian to intervene with Tosk / Byllis Energy at the Ballsh Oil Refinery to ensure full payment for the unpaid salaries of all Oil workers.

We understand that workers have not been paid for 27 consecutive months. We find this situation unacceptable. This is a clear violation of national labor law and key international labor standards.

Therefore, we ask you to intervene with Tosk / Byllis Energy at the Ballsh Oil Refinery to receive unpaid wages and guarantee them respect for their fundamental labor rights.

We are waiting for your prompt reply and action.

Secretary General of the Trade Union of IndustriAll Europe 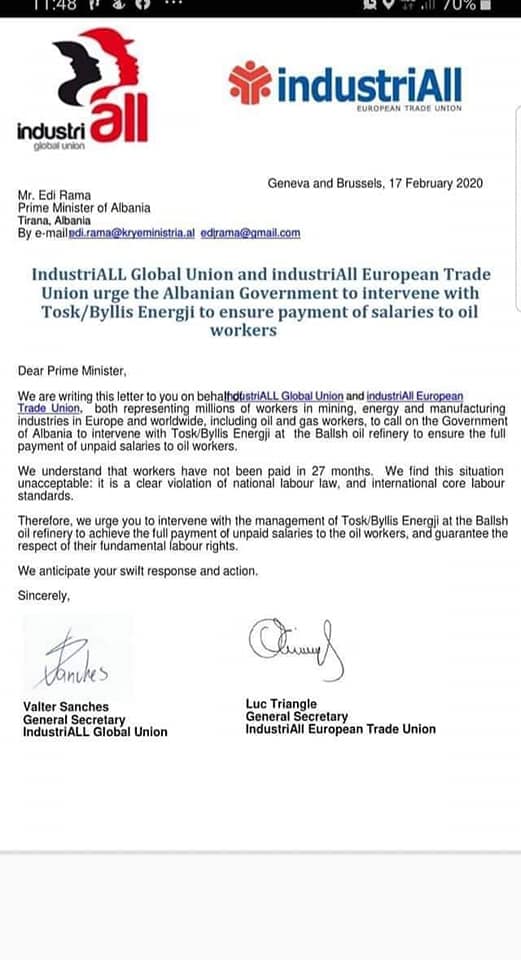