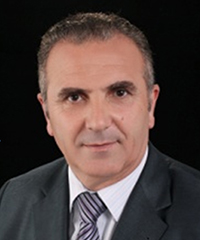 The Confederation of Trade Unions of Albania (KSSH- CTUA) is the largest trade union organization in Albania. CTUA already operates as one big family and social care which is filling two decade life, be it the swift and very powerful. Today CTUA has passed its “adolescence” stage and is at the peak of maturity about its activity and productivity. Its 20 years age, has taught us and strengthen us to clearly orient in a pluralistic society and market economy. Strategic and political orientation of CTUA in these years has been clear. We are united, integrated and included in the forces that support and are conducting democratic transformation of our post-communist society. During this period we are made important institutional actors, we did our legitimate social and economic requirements to fulfill our noble mission as defender of the real socio-economic interests of the Albanian employees. These requirements are consistently associated with specific missions and activities of the trade union movement. In the following years are managed and accompanied with debates, consensus, social and civil dialogue in order to alleviate the effects of depreciation of political, economic and social reforms, with good purpose and only to perform with a little pain and consequences for our members, community and society in general.

CTUA, especially the last 5 years, has worked and built a specific strategy for organizational development with its ambitious objectives and concrete results allotted with phases of short-. medium-. and long term. Through this strategy we have targeted and we reach: changing and reforming our entire organization and our political activity. CTUA already become a solid organization, consolidated with a clear profile of its functional assignment as guardian of social interests and economic and social Albanian employees. It has now a potential role and is an important part of developments of Albania on the way to be admitted to the European Union.

The guarantee of our success is and will be in the future: The introduction of Trade Union to concrete activity and actions with the proposals and show competitive alternatives and solutions, expanding internal democracy in transparent decision, making and increasing the effectiveness of the decision-making bodies.

CTUA already, has guaranteed a possible cooperation with civil society, written and visual media, community, political and social organizations, etc.. Through this cooperation it has clarified its vision to change the present and future prospects through the slogan:

CTUA as an organization of all employees, in the developments to change Albania, during the years has made radical changes in all its organizing and leading work. This was achieved through institutional development within the organization and, in its management and development of a serious of all human and economic resources at its disposal, organizes and manages successfully to a union of the 21st century, towards as a European Trade Union with social dimensions.

Reformation and democratization in form and substance of the statues, regulations and agreements between colleagues or superior-subordinates that the IV-th Congress of CTUA decided, provided already a real satisfactory and sufficient internal democracy and a representative democracy, achieving an all involvements in decision making and co-Status implementation of these decisions.

Based in the decisions of the IV-th  Congress of CTUA, after many years efforts, we achieved to realize a fair proportion between organizational consolidation in the vertical plane (Federal) and horizontal (territorial) enabling storage the reports and internal balances of the federal independence (professional) and a successful confederative coordination, which in unity and solidarity, is successfully in co-coordinating forces and energies of all pyramid of CTUA and  being successfully gained successes in solving major problems that have Albanian workers.

CTUA in these 20 years since its forming up to now, has carried and will continue to carry the inherent values ​​ in creating and promoting the strengthening of the trade union movement in Albania. CTUA already understand and are practically realizes that: the developments and new realities require new working methods, activities and new relationships, people with the capacity and power with contemporary influences, attempt to adapt to these realities and to move ahead with full resonance at time and society on the whole.

For all these reasons, we are proud to lead and manage a Trade Union with full of energy and positively, which has been and will remain in the future as a worthy lawyer not only for its membership but for all Albanian Employees.