-The Ministry of Finance and Economy with the support of the SANECA project implemented by GIZ and in cooperation with EMA held today the information session with stakeholders for the establishment of the European Integration Partnership Platform for chapters 1, 3, 20 and 28 of EU integration. The information session was held mixed for the effects of the pandemic # Covid19, on the ZOOM platform

-Non-state actors were informed about the Partnership Platform as an instrument of dialogue with the government on the integration process and their engagement in the preparation of negotiations for Albania’s membership in the European Union.

-Present from the Ministry of Finance and Economy, was Deputy. The Minister, Mr. Besart Kadia, the Trade Unions were represented by KSSH, where in the hall were the President of KSSH Mr. Kol Nikollaj and Deputy President of KSSH Mrs. Anisa Subashi, while the on-line meeting was attended by the General Secretaries of Federations Mr. Taf Koleci Mrs. Suzana Lulaj and Mrs. Jona Vina.The meeting was chaired by representatives of the SANECA project funded by the German federal government and implemented by GIZ, as well as local experts with experience in EU affairs. 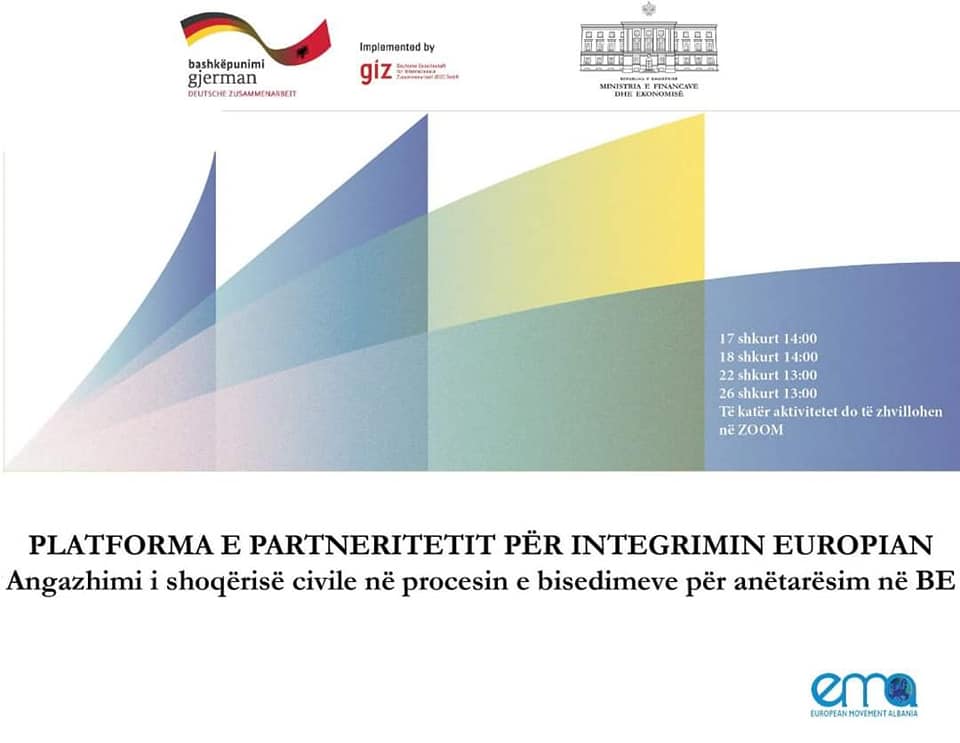 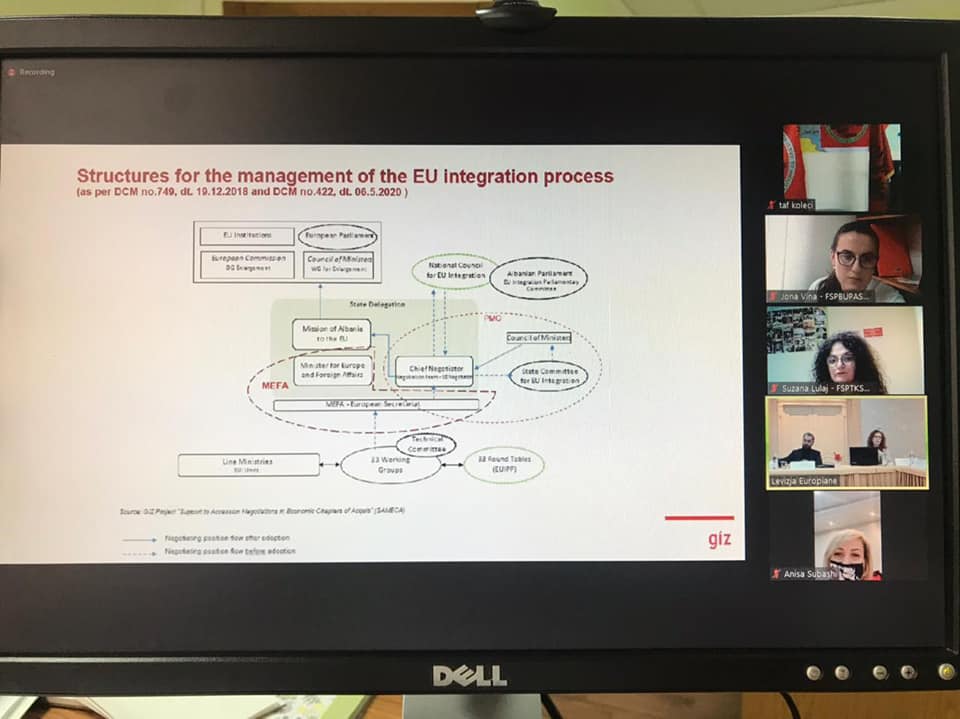 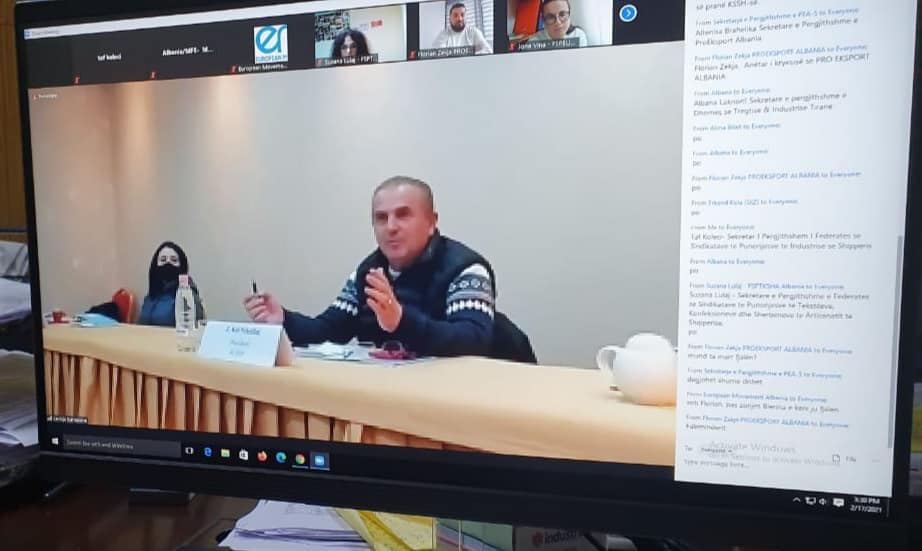